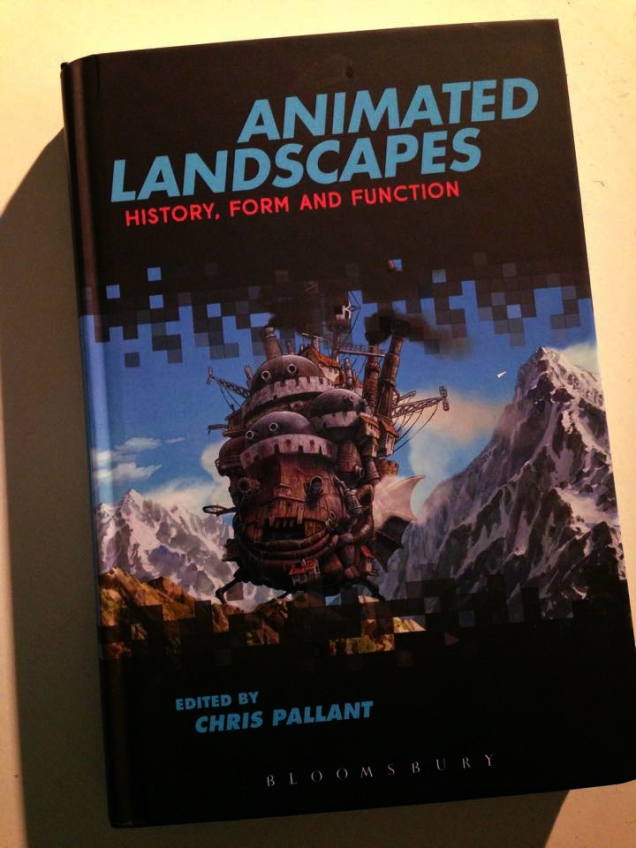 Chapter 9: Off the Rails: Animating Train Journeys by Birgitta Hosea

Landscape is often thought of as eternal and unchanging, but in reality it is changing all the time due to variations in habitation, agriculture, industry and climate change. The mobility paradigm in urban geography and sociology proposes that cities and society can be studied in terms of travel rather than stasis – through the movement of peoples, resources, data, finance – in order to understand the formation of identity, ideology, power and society. Indeed, in 2012 the average resident of the UK spent 361 hours travelling a total of 6,691 miles. 11 % of this travel was done by public transport. During their travels, the experience that these average residents had of landscape was of passing through places before arriving at their final destination.

In accord with these ideas about mobility, rather than considering landscape as a static entity, this chapter focuses on animations that move between locations and are concerned with trajectory and locomotion. After noting the connections between early cinema and the train, I examine a body of works that are all thematically linked through their association with animated train journeys, although they represent a range of practices that might be considered pre-cinematic animation, cinematic animation and post-cinematic animation. Imagined landscape in animation – from the pre-filmic phantom rides and moving panoramas, to Ivor the Engine, Thomas the Tank Engine, Madame Tutli~Putli, transport information films, post-filmic subway zoetropes and railway simulation games – is considered in terms of the implications of the mobility paradigm for animation, not just in terms of visual content or subject matter, but in terms of animation as a concept and the politics of animation. To conclude, it will be argued that the animated railway journey can be read as a metaphor for the transience and flux at the root of contemporary society that Zygmunt Bauman has termed liquid modernity.