Dr Bella Honess Roe is a film scholar who specialises in documentary and animation. Her 2013 monograph Animated Documentary is the first text to investigate the convergence of these two media forms and was the recipient of the Society for Animation Studies’ 2015 McLaren-Lambart award for best book. She also publishes on animation and documentary more broadly and is currently editing a book on Aardman Animations (I.B. Tauris), co-editing a volume on the voice in documentary (Bloomsbury) and co-editing the Animation Studies Handbook (Bloomsbury). She is Senior Lecturer and Programme Director for Film Studies at the University of Surrey.

For more info on her work: https://bellahonessroe.wordpress.com

Must documentary be confined to a single screen?  How does the siting of a screening influence its perception?  This screening/talk focuses on documentary strategies in Rose Bond’s multi-screen animated installation Broadsided! which was sited in the windows of the Exeter Castle.  A screened excerpt from Broadsided! documentation provides the basis for brief examination of documentary methods used to convey a point of view: research, reenactment, data visualization and parataxis.

To see more of her latest work: http://www.opb.org/television/programs/artbeat/segment/portland-oregon-animator-rose-bond/

This presentation will explore how animated documentaries are pioneering creativity in virtual reality (VR). I will propose that animated documentary is a good fit for VR technically and creatively, and that the distancing quality and ‘absence and excess’ (Honess Roe, 2013) of animated documentary complements the duel sensation of immersion and alienation evoked in the dreamlike experience of VR. 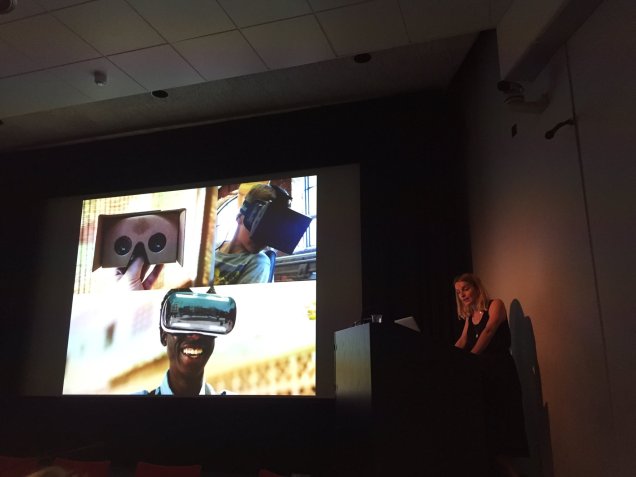 Carla MacKinnon is a filmmaker and practice-based PhD candidate at Arts University Bournemouth, whose moving image work has been exhibited widely. Carla has a Masters in Animation from Royal College of Art and has worked as a festival producer and manager of technology projects. She is also director of interdisciplinary events organization Rich Pickings.

Can puppets’ skin materials express deeper levels of signification in stop-motion animation cinema? The paper suggests the concept of autonomous performance of matter in stop-motion animation and aim to demonstrate that matter can express a sense of tactility and metaphorically act autonomously from the diegetic narrative, staging a second level of narrative (meta-diegetic).

Vincenzo Maselli is a PhD student in design at Sapienza University of Rome. His research aims to demonstrate how materials and puppets’ building techniques can communicate narrative meanings in stop motion animation cinema. In October 2016 he moved in London, where he is continuing his research at Middlesex University.

I try to use my pencil as a scalpel to extract a memory whole, but the memory will not be drawn out like a lump of tissue, instead it changes as soon as the pencil touches it. As my memory changes under the pencil, I am changed, I redraw myself.

Sally Pearce studied philosophy at Cambridge, then became a nurse. She started making films while studying Fine Art at Sheffield Hallam, followed by an MA in Animation Direction at the NFTS. Her films have screened and been awarded at Festivals around the world. She hopes to start her PhD in October 2017.

This paper explores how Borowczyk’s Games of Angels (1964) utilises a fantastic topography to play with tropes of documentary and fiction in an effort to engage with painful social history in a direct, but far from literal way; its design and structure conveying, through a disturbing momentum, the experience of a quivering terminus.

Dr Barnaby Dicker teaches at Cardiff School of Art and Design. His research revolves around conceptual and material innovations in and through graphic technologies and arts. 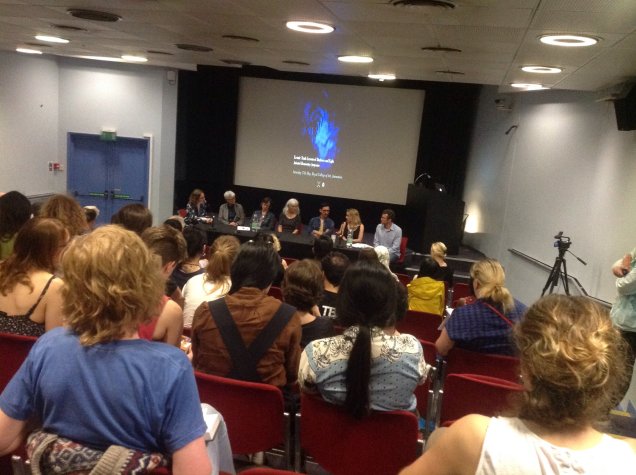 In his experimental animated works, Lei Lei always pays particular attention to collecting and collating historical texts and images and trying to search for elements of the poetic and dramatic between reality and fiction. In Hand colored No.2, through the use of manual painting, Lei Lei and Thomas Sauvin try to connect black and white images of different people, attempting to construct a fictional character, narrating his personal history.

The Schizophrenic State Project, which started in 2000, contains a series of videos that appropriate mass media footage of violence, war, and protest, in the context of Israel, Palestine and the region. The images are processed via digital means in diverse ways, creating poetic works that formulate news media critique.

Guli Silberstein is an artist and video editor, based in London UK since 2010, born in Israel (1969). In 2000 he received his MA in Media Studies from The New School NYC, and since 2001, he creates work shown and winning awards in festivals and art venues in the UK and worldwide.

Documentary animation examining mental state is a robust subgenre; often these works try to recreate an unusual psychological state to promote empathy and understanding. Using patient records and contemporaneous film strips, Betina Kuntzsch’s 2016 animation Spirit Away avoids speaking for, explaining, or diagnosing the female patients at the Heidelberg Psychiatric Clinic. Kuntzsch does not use the index to provide truth claim or to promote understanding, but instead the index acts as metaphor and distancing mechanism in this work about isolation.

Becky James explores the intersection of the individual and social through animation. She has exhibited in galleries throughout the US and at film festivals including SXSW, Jihlava Documentary Festival, Filmfest Oldenburg, and IFF Rotterdam. A native New Yorker, James graduated from Harvard and received her MFA from Bard. She currently teaches at Parsons School of Design.

This presentation and short film screening examines my use of autoethnographic animation methodologies (which include myself as an experimental case study), in order to excavate and bear witness to the memories and lived experience of psychological trauma, and to challenge their related, often stigmatising and ‘othering’, psychiatric diagnoses.

Susan Young is an animation director who has worked principally in advertising, commissioned films and music promos. Her current RCA PhD research is based on personal experience of psychological trauma, and includes a series of short experimental films that explore how animation might ameliorate trauma symptoms.

Video documentation of this event will be archived on our Vimeo channel at:

This event is supported by the Society for Animation Studies, an international organisation dedicated to the study of animation history and theory since 1987. For more information and to become a member: