The artists in Beg, Steal and Borrow, remix and inventively recreate, they use what is already out there to fashion new work and raise questions.  Interconnected in their dynamic engagement their work is multi-layered, mining references to other art works or contemporary issues, from art history to archival material, colonial history to online bullying.

Works by Birgitta Hosea that will be showing in the exhibition and include snippets of sound appropriated from classic films:

Out There in the Dark (2008) Video documentation of my first live performance of this work at Lethaby Gallery, old Central Saint Martins. Possessed by the spirit of Gloria Swanson’s performance in Sunset Boulevard (1950), I become half animator and half animated. 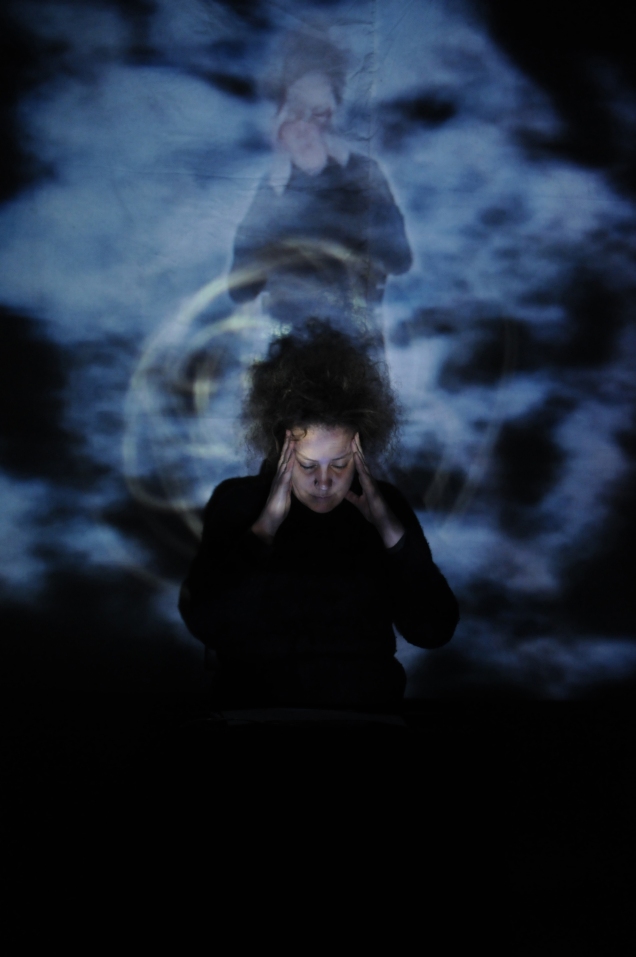 Medium (2010) Video documentation of my second series of live performances of this work curated by Sarah Sparkes at St John’s Church in which I channel mediated spirits and electronic ectoplasm.

As part of the exhibition  there will be two round table discussions with some of the artists to discuss their work in the show:

All through Camera Lucida, the French writer Roland Barthes, writing in 1980 in his influential book on photography mourns for his recently departed mother. After her death, alone in the apartment they shared together, he studies all the old photographs of her that he can find – trying to find a particular image that will recapture her for him, trying to find out about the life she led, trying to know her. How disappointing the images seem to him as he searches, how incomplete, for how could these photographs re-animate the dead. These fleeting images preserve a mere shadow of time that has passed. The photograph contains a ‘defeat of time’ (Barthes 2000, p.96) – we see once living beings, but we are reminded that they are mortal, impermanent and that one day they will die. They are removed from their living, breathing, evolving context and embalmed in one pose, mortified for one brief moment of time.

Barthes argues that a photograph is indexical. It is defined through being a trace of that which once was. A photograph is a historical document, a ‘certificate of presence’ (Barthes 2000, p.87) a testament that something once existed. The correlation between truth and the visual has deep seated roots in our culture. Tom Gunning notes the original visual meaning of Eidos, the Greek word for idea (Gunning 1995, p.42), whereas Marina Warner points out that underpinning Western thought comes the deep rooted Christian notion that while magic and illusion are the work of the devil , the truth needs to be witnessed, to be seen with the naked eye. (Warner 2006, p.54) However, because something was once present in front of the camera and now appears in the photographic image, we are reminded that, although it was once true, it is from the past. Now the subject is absent and that time is no longer here.

Contrary to this idea of the documentary ‘truth’ of photography, the photographs and films included in Beg, Steal and Borrow certificate no presence. Rather they are testament and witness to borrowing, to stealing, to fakery. They do not attempt to present historical authenticity. In their re-presentation and re-performance of appropriated images and sounds, these works defy the logic of the indexical. Their reference is not to nature but to culture, not to self but to Other: to the ghosts of pervasive media that saturate our waking lives.

Interviewed in ‘Ghost Dance’ (dir. Ken McMullen, 1983, UK / West Germany, Channel 4 Films), Jacques Derrida is asked if he believes in ghosts. He replies that in the film in which he appears he is the ghost. Furthermore, he says he himself is haunted by ghosts – haunted by the ghost of Marx, the ghost of Freud, the ghost of Kafka, the dematerialised body of their ideas, the disembodied representations of who they once were. The works gathered together in Beg, Steal and Borrow show artists haunted by images and sounds from the mediated networks that surround them. From popular culture – the image of the rock star, the celebrity artist, the cartoon alter-ego, the classic Hollywood movie; from social media – the internet troll, the amateur adventurer; from history – the traumatic archival image, national or colonial symbol; from art history – the canonical work of art, these contemporary memes from Western consumer culture are echoed through the distorting mirror of the artists’ perspective and transmitted to the viewer.

The term ‘meme’ comes from Richard Dawkins book The Selfish Gene (1970) and is taken to mean a ‘unit of culture’ that behaves like a virus. A meme could be a visual symbol, a gesture, an idea, a belief, etc. It is a construct, not a truth and may have little basis in fact or evidence. The meme is hosted in the mind of an individual and then replicated and spread through culture until it is propagated in the minds of others as if it were a plague with a life force of its own. Transmitted via culture, the meme is, therefore, culturally (and historically) specific. Constantly infiltrating our consciousness, memes infect us to the extent that we internalise and embody them through repetitive rituals until they become real and idea becomes flesh.

The repetitive processes by which we form our gender identity from the cultural context we are part of has been theorised by Judith Butler as ‘performativity’. For Butler, performance is an act that defines our very being. The concept comes from her reading of linguistics in which a performative speech act is a phrase that has an audience and performs the act it describes, e.g. “I apologize”, “I bet you”, “I thee wed”, “I come out to you”. Butler develops this idea further. A performative act, in Butler’s terms, is an existential act in which one seeks to be­come that which one enacts. Butler further argues that our sense of self is a fragile construct that must be constantly performed as a role in order to be maintained.

Becoming celebrity, becoming artist, becoming imposter, becoming bully, becoming female, becoming cartoon – many of the works in this show directly engage with the physical re-performance of memes. The artist’s body becomes possessed by the meme: performatively embodying it rather than externalising it as representation.

Selected shots from the Show